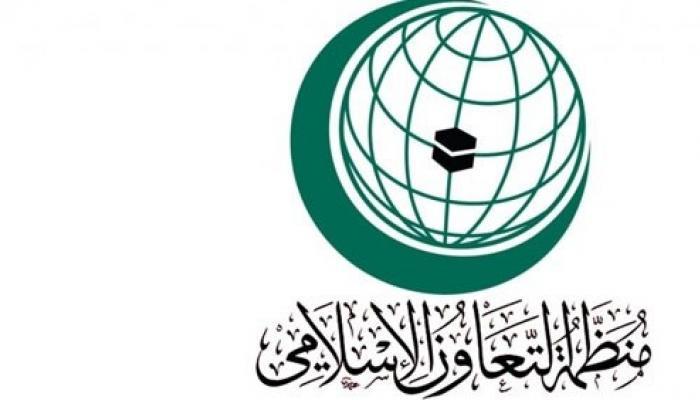 Today, the final statement was issued for the hypothetical emergency meeting of the Permanent Representatives Committee of the Member States of the Organization of Islamic Cooperation to discuss the attacks carried out by the Israeli occupation forces in the Palestinian territories, especially the Holy City of Jerusalem. The following is the text of the statement:

The Committee of Permanent Representatives of the Member States of the Organization of Islamic Cooperation in its hypothetical emergency meeting held on Tuesday, 29 Ramadan 1442 AH corresponding to May 11, 2021 AD, to discuss the attacks carried out by Israel, the occupying power, in the Palestinian Territory, especially on the Holy City of Jerusalem.

Based on the principles and objectives of the Charter of the Organization of Islamic Cooperation, And based on the decisions issued by the regular and special sessions of the Islamic Summit and Councils of Foreign Ministers regarding Palestine and Jerusalem.

And based on the historical, moral and legal responsibility of the Islamic nation towards the Palestinian cause and Al-Quds Al-Sharif, and an affirmation that the central mission of the organization and the purpose of its existence is to preserve and protect the Holy City of Jerusalem and its historical, spiritual and legal standing and to confront everything that might harm this position and take the necessary measures and measures for the sake of Achieve that.

And after reviewing the dangerous situation in Al-Quds Al-Sharif and the abuse that the Al-Aqsa Mosque and the Palestinian people are exposed to at the hands of the Israeli colonial occupation forces.

1- The organization condemned in the strongest terms the repeated assaults by the Israeli occupation authorities against the Palestinian people in Al-Quds Al-Sharif and the whole land of the occupied State of Palestine, specifically the attacks that have escalated since the beginning of the holy month of Ramadan targeting the citizens of Holy Jerusalem and preventing worshipers from reaching the holy places and performing their religious rituals in The holy month and the glorious Easter holidays, leading to the barbaric incursion of the Israeli occupation forces into the courtyards of Al-Aqsa Mosque and attacking the Palestinian worshipers in it, as well as condemning the Israeli occupation authorities ’continuation of their colonial program in building colonies and seeking to forcibly seize Palestinian property and forcibly displace them from their land, specifically what the residents of Jerusalem are exposed to. In the neighborhoods of Sheikh Jarrah and Silwan and all the neighborhoods of Al-Quds Al-Sharif, which are considered a flagrant violation of international humanitarian law.

2- It affirms that these attacks come within the context of continuous and systematic policies of the occupation authorities, through which they seek to change the historical and legal status of the Holy City of Jerusalem and the land of the occupied State of Palestine and pave the way for the implementation of the policy of annexation and colonial expansion, which leads to destabilization in the region and threatens international peace and security and undermines international efforts to create A suitable atmosphere for launching a credible political process.

3- Condemns the widespread aggression of the Israeli occupation against the Palestinian people throughout the occupied Palestinian territory, specifically the brutal bombing that deliberately targeted civilians in the besieged Gaza Strip and led to the killing and wounding of a large number of them, and the fall of a large number of innocent children victims of this bombing, and calls on the member states to take urgent action At all international levels, including in the Security Council, to condemn the repeated Israeli occupation’s disregard for the lives of Palestinian civilians and its repeated targeting and killing, and to work to stop this aggression and prevent its recurrence.

4- The Organization of Cooperation, the illegal occupation authority, bears full responsibility for these sinful attacks, including the terror and brutality of the Israeli settlers against the defenseless Palestinian citizens, and the dangerous developments and repercussions that will result from this.

5. The organization calls on the international community, and specifically the UN Security Council, to stand up to its responsibilities and stop the barbaric aggression against the Palestinian people and their properties in Jerusalem and the whole land of the occupied State of Palestine and the Islamic and Christian sanctities and to provide it with international protection, and to hold Israel accountable for these crimes and to impose sanctions on the colonial and apartheid system. Which I established on the land of the State of Palestine.

6- The Organization of Cooperation also calls on the relevant international bodies, including the United Nations General Assembly, the Human Rights Council, the High Commissioner for Human Rights, as well as the special rapporteurs, to implement the relevant international resolutions and recommendations and to activate the necessary mechanisms to find out these violations and hold the perpetrators accountable and deter them.

7- The Israeli occupation government bears full responsibility for the terrorist and criminal acts committed by the Israeli colonialists and their militias against the defenseless Palestinian citizens with protection and support from the occupation army, including the associations and organizations that seize Palestinian property, and calls upon the member states and all relevant international parties to condemn them and take the necessary measures. From measures against the perpetrators and the parties to which they belong, including placing them on the national terrorism lists.

8- The organization affirms that the Israeli judiciary and the occupation military courts are the spearhead in establishing the occupation and the system of colonialism and apartheid in the Occupied Palestinian Territory, including Al-Quds Al-Sharif, and that all its decisions against Palestinian citizens are null and void and have no legal effect.

9- It calls on the ambassadors of member states and representatives of the organization to urgently move to the states and organizations accredited to them, specifically the capitals of the member states of the Security Council, to convey the picture of the situation and the position of the organization towards it and its demand to implement the decisions of the Security Council and the General Assembly of the United Nations and to stand on its responsibilities and take the necessary measures to confront and stop these attacks By condemning it, confronting it, holding its perpetrators accountable, stopping dealing with the colonial system that Israel established on the Palestinian land, and not identifying with it, including moving her country’s embassies to Al-Quds Al-Sharif or opening representative offices in it, and we call in this regard to the countries that have done so to retreat For this illegal move and to the implementation of the organization’s previous decisions in this regard.

10- The Organization of Islamic Cooperation expressed its disappointment that some international bodies have dealt with the explosive situation in Al-Quds Al-Sharif as being equivalent between the Israeli colonial occupation and the Palestinian people under occupation, and affirms that the position of international law and international legitimacy decisions are clear about the situation, what is happening and how it should be dealt with. The equality of the colonized and the people under colonialism is unethical, inaccurate and unacceptable, and creates a wrong balance between the oppressor and the oppressed, and indicates the lack of seriousness to stop the escalation, not to mention the absence of a credible political process on the horizon.

11- In this regard, the organization called on the Security Council and the international Quartet parties, including the Secretary-General of the United Nations, to adhere to the international references and condemn the Israeli colonial occupation measures in Al-Quds Al-Sharif and the Occupied Palestinian Territory, unequivocally, and to confront the actual annexation measures on the ground, including from During the appropriation of the property of the Palestinian people, the demolition of their homes and their forced displacement, and the repeated attacks of the occupation army and terrorizing the colonists, by taking all measures to stop them, which allows creating an atmosphere that establishes the launch of a credible political process that leads to the dismantling and ending of the system of colonialism and apartheid established by the long-term Israeli occupation of the Palestinian land Occupied Jerusalem, including Al-Quds Al-Sharif, and the empowerment of the Palestinian people of their legitimate rights.

12- The organization stressed its rejection and condemnation of any illegal positions, decisions and measures that contribute to the consolidation of the Israeli occupation and change the existing historical, legal and political status of the occupied city of Jerusalem, as this is a clear violation of international law and international legitimacy decisions, and contributes to undermining security and stability in the region, and affirms its adherence to a just and comprehensive peace. – Based on the two-state solution and that East Jerusalem is the capital of the State of Palestine, in accordance with the approved international references, including United Nations resolutions and the 2002 Arab Peace Initiative, and calls on the international community to move actively and seriously to achieve this solution.

13- Salutes the efforts of the Palestinian leadership and the Palestinian people everywhere, who defend their legitimate rights and their presence on the land of their homeland, specifically in Al-Quds Al-Sharif, the capital of the eternal state of Palestine, and the preservation of its Arab identity and its Islamic and Christian sanctities, and we salute the Palestinian people in Jerusalem for their brave stance and sacrifices in defense On the Al-Aqsa Mosque and the Church of the Resurrection and their properties in Sheikh Jarrah and all neighborhoods in Al-Quds Al-Sharif.

15. In this regard, it salutes the efforts of the Member States and the OIC General Secretariat, specifically the continuous efforts of the Hashemite Kingdom of Jordan, in defending the Holy City and supporting the steadfastness of its people; Emphasizing the importance of the historical Hashemite guardianship over the Islamic and Christian holy sites in Jerusalem, and its role in protecting these sanctities and the legal and historical status existing in them, and in preserving the Arab, Islamic and Christian identity of these sanctities, and affirming that the administration of the endowments of Jerusalem and the blessed Jordanian Al-Aqsa Mosque is the only entity The authority to manage all the affairs of the Blessed Al-Aqsa Mosque / Al-Haram Al-Sharif.

16- We highly appreciate the role played by the presidency of the Jerusalem Committee for the Protection of Holy Places in Al-Quds Al-Sharif, and to stand in the way of the measures taken by the Israeli occupation authorities with the aim of Judaizing the Holy City.

17- It calls for an emergency meeting of the Council of Foreign Ministers or an open-ended meeting of the Executive Committee at the ministerial level as soon as possible in order to review the situation.

19- The “Cooperation Organization” called on the Islamic group at the United Nations to engage with other countries and facilitate international efforts to establish an international mechanism to protect the Palestinian civilian population, in accordance with the final statement issued by the Seventh Extraordinary Islamic Summit and Resolution No. ES-10/20 issued by the Assembly. In order to ensure the credibility of securing their safety and well-being, in several ways, including sending international protection forces and ensuring accountability for violations of their rights and freedoms.

20- The organization affirms adhering to the legitimate rights of the Palestinian people to end the occupation, gain freedom and independence, and embody the independent and sovereign Palestinian state with its eternal capital, Al-Quds Al-Sharif, and continue to work at all levels and with states and international organizations to achieve this.